Sheffield PSC are putting on a number of events around Balfour this year as will other organisations, offering a range of perspectives. Please see below for details. 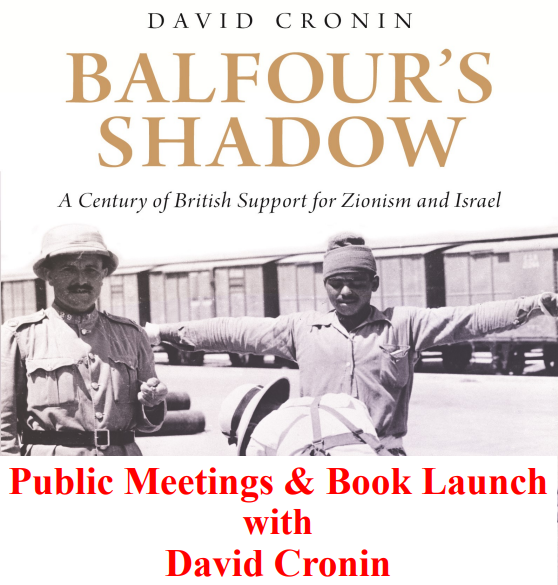 David Cronin is a contributing editor with The Electronic Intifada, a website focused on Palestine.

His new book is Balfour’s Shadow: A Century of British Support for Zionism and Israel is out now and he is engaged in a tour to speak about how Britain has gone from giving declaratory backing to the Zionist movement to becoming actively complicit in Israel’s crimes.

Please come and join this discussion to open out the Balfour season in Sheffield. 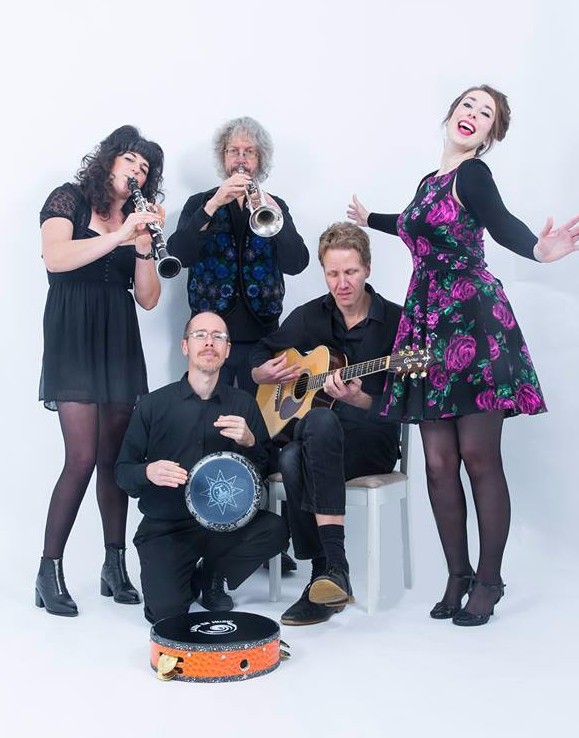 Chai for All, the Bristol based jazz-tinged klezmer and Middle Eastern music ensemble will be bringing their new work, Longing, Belonging & Balfour to Sheffield on the Saturday 23rd September for a 7:30 pm performance at the Sheffield Library Theatre, Tudor Square. This is new musical perspective on the Balfour Declaration of 1917, the letter which can be said to have set in train the facts on the ground in today’s occupied Palestine

Chai for All will be joined by virtuoso clarinetist and kaval (Bulgarian flute) player Katie Stevens, renowned storyteller Michael Loader, British-Israeli platinum record producer Mark Smulian and the voice of Palestinian poet Alissar Amali – melding klezmer Arabic and other idioms together in music composed and arranged by German-born Knud Stuwe.

There will be a post-show panel discussion to explore the various perspectives on the Balfour Declaration and give an opportunity for audience members to share their personal stories evoked by the performance.

Full booking details for the show are available on Eventbrite at https://www.eventbrite.com/e/longing-belonging-and-balfour- tickets-36222883620

A non-Zionist Jewish Perspective on Balfour

In the first of a series of events to understand the impact (and certainly not celebrate) the Balfour declaration, Sheffield PSC are partnering with Kairos Sheffield, to welcome Robert Cohen who offers an anti-Zionist  but religious Jewish perspective. Mr Cohen is an engaging and provocative speaker and blogger and well worth coming to see.

He will be speaking at the Quaker Meeting House on October 23rd from 7.30pm. Full details here